At War with Alice by Douglas Walker 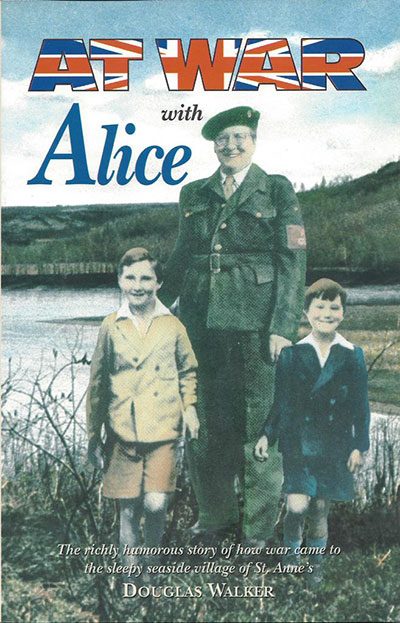 At War with Alice
by Douglas Walker
“In the midst of terrible times of war, people often act with great courage, base cowardice, noble self-sacrifice or sheer panic. Sometimes they act like my Aunt Alice.”
So begins Douglas Walker’s rich humorous account of how, in 1940, war came to St. Anne’s, a sleepy seaside resort in Northern England and of how he spent several glorious childhood summers helping his aunt Alice keep the home fires burning. He was, he records, “eight going on nine…and Alice was forty-five going on twelve.”
St. Anne’s was an unlikely target for Nazi espionage and assault, but when the call comes for the sons and daughters of England to protect their beloved island, Alice appoints herself Ari Raid Warden and sets out to organize the unorganized and prepare the unprepared.
Told with warmth and tenderness, this vivid wartime reminiscence explores the farce lurking just beneath the surface of all great human endeavor.

We’re sorry to say that this title is NO LONGER AVAILABLE. It is now out of print.