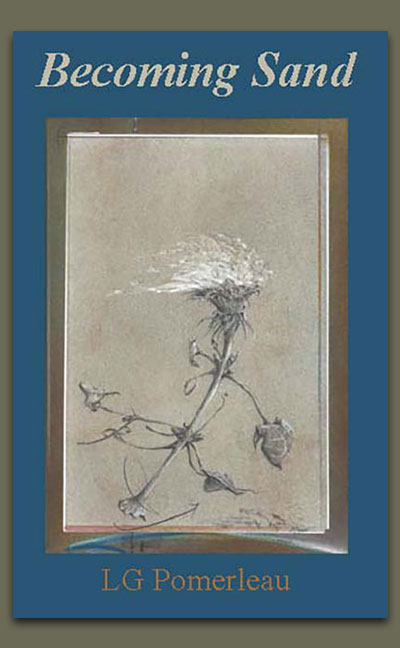 Becoming Sand is a gripping work of Canadian literary fiction that sweeps the reader back in time, through generations of decisions that lead to the separation and disintegration of one family. Author LG Pomerleau, a descendant of one of the founding families of Quebec, weaves a tale so fast-paced and enthralling, filled with tension, deceit, and heartbreaking realism, it can’t be put down.

In the 1600s , a dynasty is founded on bitterness carried over from the past and cruelty and hardship in the New World. From a fur-trader in New France, to a land-owner in Quebec, to homesteaders in the 1920s, each generation faces its challenges. By the 1960s, the family is prosperously established in Alberta, but a taint of perversion and misplaced pride is wearing away at the rock of their cultural heritage and their family cohesion. The pressure to assimilate to the dominant English-speaking culture and the modern world overshadow all else. Family bonds unravel, despite the efforts of the matriarch, Marie-Eve, to preserve the pebbles of their heritage. Four modern women in the family must struggle to release the tentacles of abuse, despair and selfishness which threaten to pull them under. Will the family survive? Or will everything become no more… than sand?