Call of a Distant Shore by Corinne Hoebers 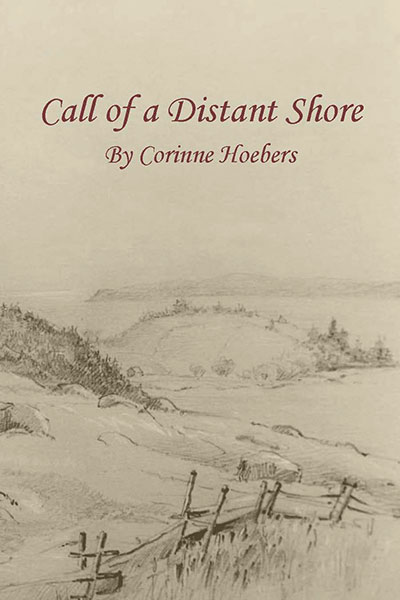 Call of a Distant Shore
by Corinne Hoebers

Call of a Distant Shore follows the travails of Elisabeth Heber and her family as they struggle under the rule of a tyrannical Prince in 1750s Germany and their subsequent journey to be among the first settlers of Nova Scotia. Unmarried, pregnant, and only sixteen years old, Elisabeth faces emigration with her family with one goal—to find her lover, Peter, who had abandoned her months before when his own family emigrated. When her secret is revealed, she takes her vows with an unwilling heart and weds the village doctor, yet swears to never consummate the marriage. As she boards the Snow Pearl to her new homeland, all her hopes are pinned on finding Peter and changing the circumstances of her life.

Elisabeth and her family scrape to survive within the confines of the palisade in Dartmouth amid threats of Indian attacks and starvation. Like many others, they labour to pay off their passage debts. For two years they struggle, then follow the colony to Lunenburg in the vain hope that it will be better. Misfortune follows the colony as they find themselves no better off as heavy rains spread dysentery and dampen their spirits amid discontent and lies.

But time does not stand still for Elisabeth as she stubbornly holds on to a deep-seated love, and almost lets her own life slip through her fingers.