Monopoly of Wisdom by Afam Nkemdiche 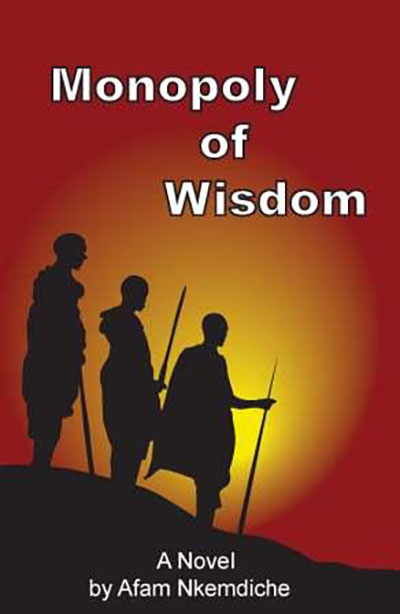 Monopoly of Wisdom
by Afam Nkemdiche
A native of Nigeria, author Afam Nkemdiche has traveled the world to attend university in both the United States and Britain. His unique perspective is easily spotted in his writing, as he focuses on the stories of his home. Monopoly of Wisdom reflects the rich history and dichotomy of this much maligned, yet ever determined, nation.
Set in the early 1950s, Monopoly of Wisdom tells the story of King Obong Ufot II. An educated man of the world, this young king finds himself desperately seeking answers as his kingdom of Okoko (a territory within Nigeria) faces a near-decade long drought with no relief in sight. Once the agricultural center of the country, Okoko’s fertile lands have dried to near dust. Previously prosperous farmers now migrate to neighbouring countries in hopes of finding a way
to feed their families.
Caught between the folklore and witch-doctoring that has ruled his country for centuries and the burgeoning modern beliefs of education, King Obong finds himself trapped between two, very different, sets of wisdom. In his desperation, he leans away from his educated beliefs and follows the advice of his wise-men, with disastrous results.
Monopoly of Wisdom is a unique tale told in the very voice of Nigeria. Moving, and often times challenging, this tale of change is more than entertaining—it continues to be a parable for today’s Africa as it struggles to merge the past with the present.
$18.95