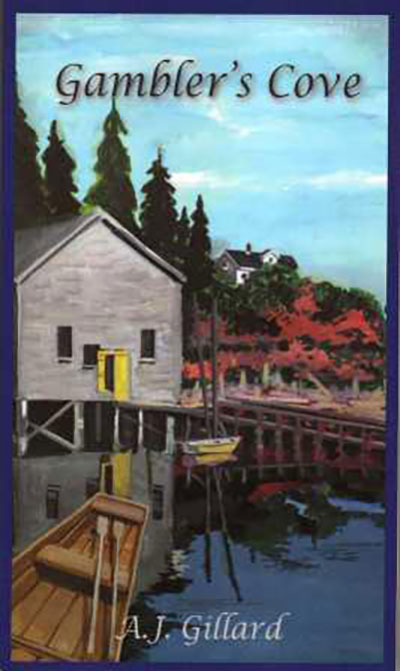 Gambler’s Cove
by A.J. Gillard
Won in a lucky hand of poker generations ago, Gambler’s Cove, once a haven for pirates, had been the home of Samantha Thorpe and Lonzo Donovan since they were children.
When Samantha inherits the Cove, she soon discovers that it is once again in the hands of pirates! Unknown until then, the title of the land had never changed hands after the infamous poker game. The pirate, or rather his descendants, still owned Samantha’s home.
When Lonzo returns to Gambler’s Cove to fulfill his childhood promise to return to Samantha, he brings with him his long-lost family. Samantha is shocked to find that Lonzo’s brother is an old friend of hers who had shared globe-trotting adventures with her.
Samantha tries to avoid the family and the jealously that is created between the two brothers and dives deeply into her thriving business, Jack-of-All-Trades. Her contracts changed daily and her costume changes were a constant surprise. For the family every day with Samantha and her disguises was a new adventure, but for her every day was tension filled, as she awaits the arrival of the dread pirate.
She could have never imagined that the pirate would hold not only her home, but her heart as well…
$9.95