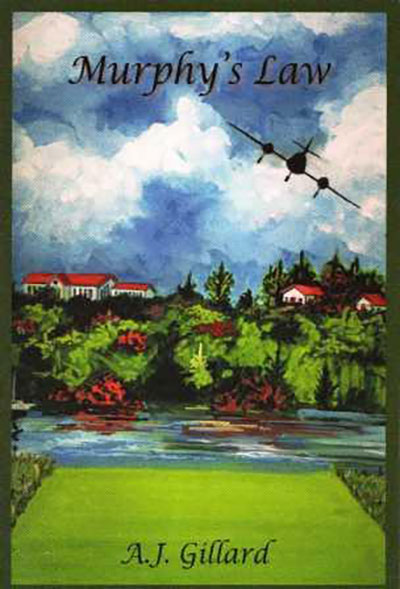 Murphy’s Law
by A.J. Gillard
How could she have known that a fuel leak on the plane she was on would lead her into the arms of a man she never dreamed she could love? Stranded on Trace Richards’ island home, Natasha finds herself inexplicably attracted to this rugged, mysterious cargo pilot.
She turns a blind eye to the strange comings and goings of his life—the unexplained visitors, sudden departures, hidden guns, hidden secrets and quite obviously a life of smuggling. In spite of all the questions that arise, she chooses to believe in him and the love they share as they plan their future together.
When Trace’s plane crashes in South America Natasha is devastated, but slowly tries to pick up the pieces of her shattered life. When she returns to the island for a chance at employment, she encounters another man, so unlike Trace, and accepts more than just a job, but a life with him as well. Perhaps this time, with this man, she can settle into a quiet life.
But, Natasha could have never foreseen how fate would interfere, turning her world upside down, all over again.
$9.95